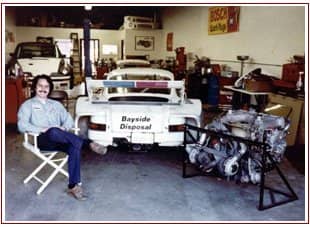 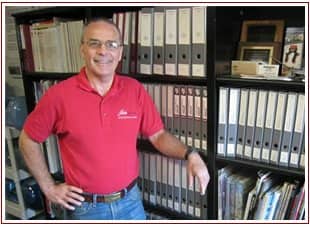 Chris Powell is one of the best Porsche mechanics in the Pacific Northwest.

What does a degree in Chemistry from Harvey Mudd College do for him in his Bellevue, Washington Porsche Shop? What else but build some of the fastest race engines in the country. With factory training in 911 engines, transmissions, fuel injection systems and turbos while at University Porsche/Audi, Chris laid the groundwork for developing a solid reputation as a builder of reliable engines.

Another stint with Bayside Motorsports for more than six years gave Chris an opportunity to bring Porsches, such as the RSR, 935, 924 GTR and 962 to the winner's circle on the IMSA GTP Circuit. Chris was responsible for preparing John Paul Jr's engines when he won the championship in 1982.

As a PCA member since 1975, Chris has been assisting his local area Porsche pushers with personal contact at his shop in Bellevue as well as the presentation of tech sessions for PNWR, and is a current Porsche driving club instructor and PCA Club racer.